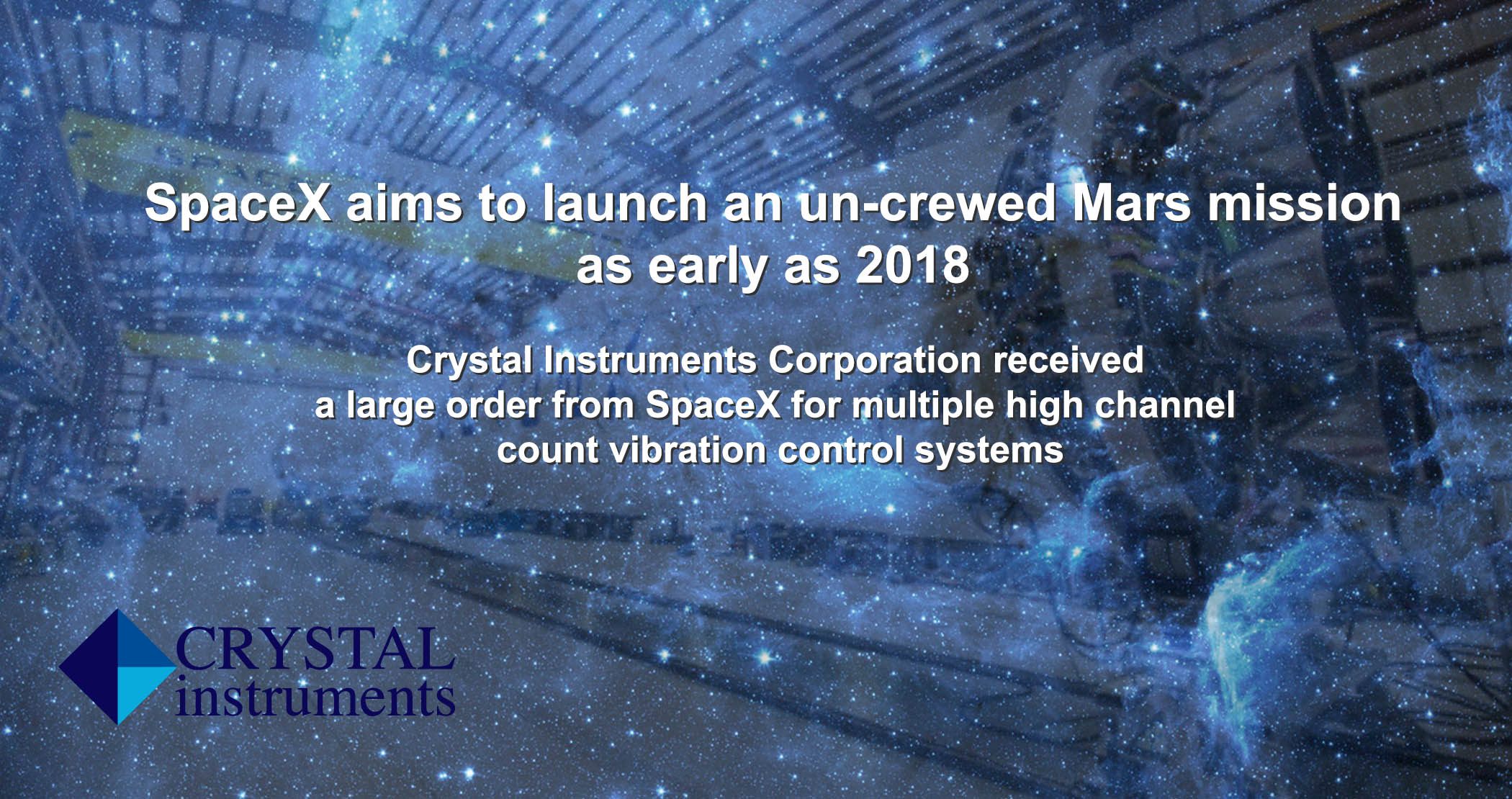 This is thus far the biggest contract awarded to Crystal Instruments by SpaceX. During the procurement process, SpaceX engineers conducted detailed reviews of products from Crystal Instruments and compared those with options from several different providers. The final decision made was based on the availability of functions, actual testing performance, and the capability of onsite support.

Crystal Instruments’ 4th generation vibration control systems are based on the latest hardware design, which is capable of supporting large channel count systems with up to hundreds input channels.

Its DSP-centralized architecture greatly increases the control performance, system reliability, and failure protection. The high precision analog input channel provides single-ended, differential, IEPE modes, and supported TEDS transducers. The industrial proven network connection allows the distributed structure of the system hardware. The IEEE 1588 Precision Time Protocol (PTP) guarantees the high accuracy of time synchronization within 50 ns, which is better than 1 degree phase match up to 20 kHz across the channels of the complete system.

SpaceX designs, manufactures and launches advanced rockets and spacecraft. The company was founded in 2002 to revolutionize space technology, with the ultimate goal of enabling people to live on other planets.

SpaceX has gained worldwide attention for a series of historic milestones. It is the only private company ever to return a spacecraft from low-Earth orbit, which it first accomplished in December 2010. The company made history again in May 2012 when its Dragon spacecraft attached to the International Space Station, exchanged cargo payloads, and returned safely to Earth — a technically challenging feat previously accomplished only by governments. Since then the Dragon has delivered cargo to and from the space station multiple times, providing regular cargo resupply missions for NASA.