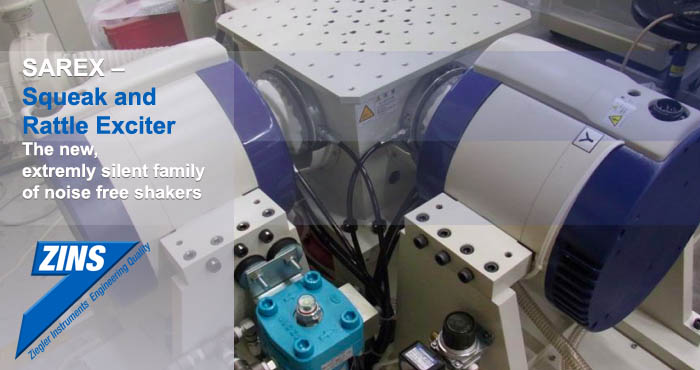 Noise excitation is very important for checking the noise quality of vehicle components or complete vehicles. Large and expensive exciters are easy to build and sell. The SAREX System from ZINS uses an entirely different approach:

Knowledge of the real stress scenario reduces the system price dramatically.
We measure stress scenarios at a reasonable price and with competence for any vehicle component.

Benefit
You acquire a system adapted to your specific needs.