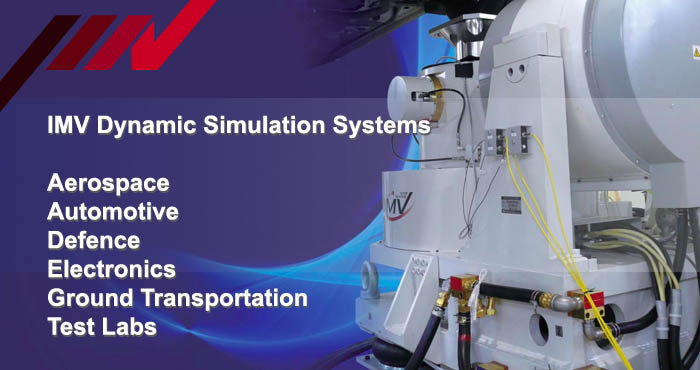 Manufacturing capabilities in the UK will allow IMV to substantially reduce its lead times for European customers. The Centre will hold a substantial part of IMV’s current shaker range in stock, meaning that delivery of standard systems can be possible within just 2 till 4 weeks compared to 12 till 14 weeks for products which are shipped from Japan.

The increased stock holding area will not only hold standard systems, but also carries a full range of spare parts for all the systems that IMV sells in Europe, supporting IMV’s rapidly growing installed base. Spare parts can be delivered within 24 hours and with IMV’s world leading ECO-systems.

Problems can be diagnosed remotely, maximising the system up time like no other available system in the market. If up-time and reliability are important, then IMV’s ECO-systems are the most realistic solution in the industry. IMV’s commitment to supporting all customers remains paramount and a core philosophy behind IMV’s global expansion.

The first two major European systems, one for a prestigious UK customer and another for leading German engineering Company EDAG, are already in production. The UK system is a 24kN shaker system featuring a special 600mm slip table. For EDAG, IMV are building a 54kN 100mm displacement ECO-Shaker system with a high shock capability of 3.5 metres per second and a 600mm slip table.

Other facilities which the Centre offers include a conference room where visiting customers can work. This will also be used for conducting training sessions. Looking to build on its strength in Asia, IMV Corporation is expanding rapidly in Europe, USA and South America. It has enjoyed substantial growth in recent years with a record-breaking turnover in its last financial year.

“IMV is committed to investing in the future and a key part of our strategy is the expansion of our business in Europe”, says Director John Goodfellow.

“Our operations in Japan are so successful that production facilities there are nearing their maximum capacity, and the opening of the Manufacturing Centre is in direct response to the need to serve a growing customer base outside of Japan.
However it is critically important to state that the Manufacturing Centre will operate under the strictest control of Japanese processes and quality procedures. All products will maintain the very highest level of Japanese engineered quality, performance and reliability.”

As well as standard shaker systems, the Manufacturing Centre will offer the capability to customise a shaker system to the purchaser’s particular needs. This could range from the addition of special trunnions or the manufacture of a bespoke slip table, through to the complete customisation of a system.

Rigorous quality control procedures on site will help to ensure that all systems are delivered to the customer in perfect working order and customers are welcome to come and watch their shaker system being put through its paces in the Centre’s test chamber. Should they wish, it will be possible for customers to provide their own test specimen for use during testing.

IMV Europe Ltd was established in 2011 as a subsidiary of IMV Corporation of Japan, the world’s leading supplier of electrodynamic vibration test equipment.
IMV Europe supplies a full range of single-axis and multi-axis electrodynamic vibration tests systems, as well as advanced multi-axis vibration controllers.
IMV Europe has rapidly grown market share over the last three years with more than 75 installed systems, including the world leading ECO-systems.